Ammy Virk has made the best use of the upliftment of the theatre ban that was put in force due to the second wage of the global pandemic of Coronavirus. He was one of the first actors to come out with his movie, Puaada, alongside Sonam Bajwa. The actor then went on to release probably one of the most awaited Punjabi sequels ever, Qismat 2.

The fans are not yet over the Qismat 2 feeling and Ammy has dropped yet another surprise bomb for his fans. Through an Instagram story, Ammy Virk announced an untitled upcoming movie, releasing worldwide in theatres on 29 October, 2021, which is just a month away!

The announcement has been very surprising for the fans since no prior hints were dropped by Ammy Virk. It came all of a sudden, even the cast, director or anything about the team is not known yet. All we know is that Ammy Virk is starring in it and it is just a month away from its official release.

Qismat 2 Review: The Movie Is An Emotional Ride From Laughters To Uncontrollable Tears

Ammy Virk thanked his fans for all the lovely support he got for his recent movie Qismat 2. The movie is turning out to be a huge superhit and is still running well in theatres all over the world. The original Qismat, which is still considered one of those movies that exhibited the prime of Punjabi Cinema, set the bar too high for Qismat 2 and luckily, the movie did not disappoint at all.

Until we get over the emotional trauma that Qismat 2 has put us into, Ammy Virk has prepared another big movie for us. The audience eagerly awaits the untitled movie and we expect Ammy to reveal details about the cast, team and even the title of the film really soon. 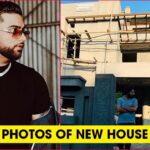 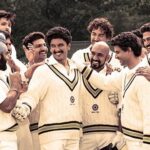