What could be better than the confirmation of Ammy Virk appearing on Sonam Bajwa’s talk show ‘Dil Diyan Gallan’? The information has been out that finally the best friend duo of Ammy Virk and Maninder Buttar has shot for an episode with Sonam Bajwa for her upcoming TV Show.

A teaser of the same is out of the Zee Punjabi Channel on which the show will be broadcasted too. Ammy and Maninder are already known for their friendship and we have been following them for the friendship goals.

The show will be aired from 23rd January on Zee Punjabi, and many celebrities like Kulwinder Billa, Shivjot, Mankirat Aulakh, Sidhu Moosewala and others will be seen having a heart to heart conversation with Sonam Bajwa.

But Ammy Virk’s presence will definitely make it big as he is one of the most popular and loved actors and singers of Punjabi Film and Music Industry. We all would love to know more about his personal life. 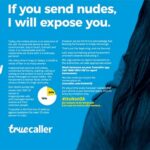 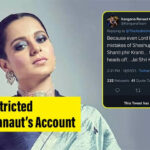