Punjabi Film Industry would have hardly seen an artist who is as consistent as Ammy Virk. The singer-turned-actor always makes sure that he keeps his audience engaged and entertained throughout the year and for that reason, his schedule is always occupied with more and more movies coming the audience’s way.

The movie is written and directed by Rakesh Dhawan, who has previously worked in movies like Chal Mera Putt. It also stars Yasamani Mohsani, Honey Mattu, Zafri Khan, Nasir Chinyoti and other actors in the supporting roles alongside the lead, Ammy Virk.

In the official new release date announcement, Ammy told the audience that this is the ‘final’ release date of the film and asked them to lock it. This means that there will be no postpones of the date under normal conditions and the movie will finally be released worldwide in theatres on 24 December 2021. 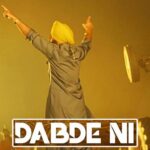 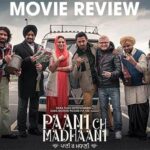