One of the Punjabi stars who has worked rigorously be it before the pandemic, during the lockdown, or post relaxations Ammy Virk has delivered a lot to his fans. His movie ‘Puaada’, which was released in August, was one of the first big Punjabi movies to hit the screens after lockdown, and as of now his film ‘Qismat 2’ is ringing the cash registers at the box office. Moreover, he recently announced the release date of  ‘Hun Ni Mud De Yaar’, ‘Baajre Da Sitta’ and now taking to his social media handle, the actor shared that his other new project will be released next year.

The actor came Live on Instagram and disclosed that the shoot of the upcoming punjabi action film will start from January 2022. Further, it will be released most probably in August 2022 before ‘Moh’. It will be directed by Vijay Kumar Arora who is a very talented Cinematographer also.

Interestingly both Ammy and Vijay had earlier worked in the film Harjeeta which is directed by Vijay. The film has bagged the National Film Award For Best Feature Film In Punjabi. Now the fans will see Ammy in an action film which is new to the audience. He has raised the bars of excitement after this news. Also, Ammy once dropped hints about the same in one of his interviews.

Everyone is curious to know all the details regarding this movie, but we will have to wait until at least the first look poster and title of the film is released. Meanwhile, Ammy Virk is all set to release another film in October. The title of the same is yet unveiled. 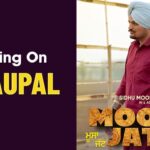 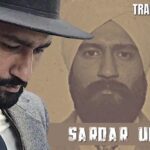