After winning the hearts of Punjabi film industry fans, Ammy Virk is all set to explore the world of Bollywood with his latest venture to start soon. Ammy Virk will make his debut in the Bollywood industry as an actor through the movie Bhujj : The Pride Of India.

The movie will star Sanjay Dutt, Ajay Devgan, Sonakshi Sinha, Nora Fatehi, Ihana Dhillon, Pranitha Subash and Sharad Kelkar alongside Ammy. It will be released officially on Disney+Hotstar on the 13th of August due to the theatres being shut amid the second wave of Coronavirus in the country.

Bhuj : The Pride Of India is based on true events of ‘The Greatest Battle Ever Fought’. In 1971, Pakistan had launched ‘Operation Chengiz Khan’ wherein they raided the Bhuj Airfield in Gujarat 35 times in a span of 14 days. Bhuj was attacked by 92 bombs and 22 rockets by Pakistani aircrafts during the 1971 Indo-Pak war, which is often described as one of the deadliest wars India’s ever fought.

During those times, Squadron Leader of the Indian Air Force, Vijay Karnik, the then in-charge of the Bhuj Airport, had reconstructed the IAF airbase with the help of 300 women from the local village of Madhapur. Bhuj : The Pride Of India is a movie based on the life of this brave warrior of India.

The film’s been directed by Abhishek Dudhaiya, who is also the co-writer of the film along with Ritesh Shah. The movie was set to release on 14 August, 2020 in the independence week but the shooting-halt affected its release and it had to be postponed. Now finally, the film will officially release on 13 August on Disney+Hotstar. 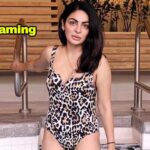 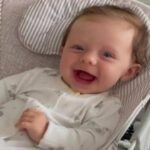