The Kapil Sharma Show is all set for a new season. The ‘Sony’ show hosted by comedian Kapil Sharma supported by various comedians will soon kick-start its first episode on television. Just a few days ago, Kapil had shared a picture with his crew announcing that Kapil Sharma Show is coming again with the same cast as the old one.

Bhuj : The Pride Of India will be Ammy Virk’s debut film in Bollywood. Ammy has given the Punjabi cinema some of its greatest ever films like Qismat, Sufna and more. He is also ready for many of his upcoming Punjabi films in the year.

Ajay Devgn, Ammy Virk, Nora Fatehi, Sharad Kelkar, Sanjay Dutt, Sonakshi Sinha starrer Bhuj is set to release on 13 August on OTT platform Disney+Hotstar. The film revolves around the life of IAF Squadron leader Vijay Karnik, who reconstructed the Bhuj Airport with the help of 300 women from the local village of Madhapar destroyed in the 1971 Indo-Pak war.

The film is very anticipated since its official trailer has come out. Since the theatres are closed because of restrictions imposed to control the spread of COVID-19, the film will officially release on OTT platform Disney+Hotstar. If the condition seems to settle down, it might also get a theatrical release but for now, we need to get ready with our Disney+Hotstar subscriptions to watch the movie on the 13th of August. 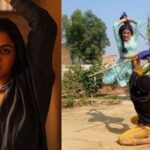 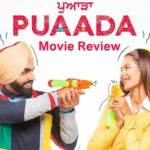