The Punjabi Film Industry is following the path of making sequels and releasing more parts of their superhit movies. And Golak Bugni Bank Te Batua is also one such project. The film was released in 2018 and went on to be a commercial success. Its sequel was announced in 2020, and the film is scheduled to release on 10 February 2023.

It was already confirmed that Simi Chahal and Harish Verma will be starring in the much-awaited Golak Bugni Bank Te Batua 2. And for the fans of Bhola from the previous movie of the franchise, you will be happy to know Amrinder Gill too has been confirmed to be part of this project.

In an exclusive interview with Kiddaan, Gurshabad opened about the highly anticipated project and confirmed that Amrinder Gill will be also acting in this film.

You can watch Kiddaan’s interview with Gurshabad here.

As Golak Bugni Bank Te Batua was one of the most successful movies of 2018, the film’s fans are eagerly waiting for its sequel. The film’s team is expected to unveil more details about this special project soon. 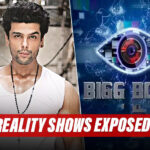