The Aam Aadmi Party has registered a big victory in the Punjab election 2022. All the big seats have been won by the party candidates, and the party certainly is feeling overjoyed with the turn of events. The comedian turned politician Bhagwant Mann is set to be the state’s next Chief Minister after his landslide win. Social media as of now is filled with congratulatory posts for the Aam Aadmi Party.

But what caught our attention is when singer-actor Amrit Maan shared a video with Gurmeet Singh Meet Hayer who won the 2022 Punjab Assembly Elections from Barnala, defeating BJP candidate Dhiraj Kumar. He also tagged and congratulated another candidate of AAP that is Amritpal Singh Sukhanad for becoming the first time MLA in Bagha Purana.

And for the very first time it has been revealed that both Hayer and Sukhanad were classmates of Maan when they were in college. Surprised? Yes we were too. All of them faced and fought struggles during their college time. But now finally all of them met the success after a lot of hard work. Amrit concluded a note and wrote, ‘Feeling emotional and happy at the same time’.

In another post, he shared a picture from his college days and current photo and wrote a delightful note for Meet Hayer depicting their journey.

Speaking of 2022 election results, the Aam Aadmi Party has closed a clean sweep in Punjab with a lead in 91 of the 117 assembly seats after the first six hours of counting of votes on 10 March. 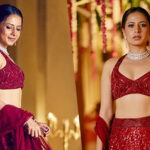 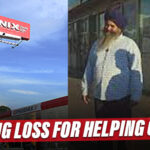