“All Bamb ” will be released on 6th August under the label of Speed Records. But meanwhile three tracks i.e. Sira E Hou, Kaala Ghoda and All Bamb have already been released on YouTube. And all these songs have impressed the fans a lot. Hence they have made fans even more excited about the release of the entire album.

The music of the album is given by Desi Crew, Ikky and Dr Zeus. And since the release date is not too far, the countdown has already begun. 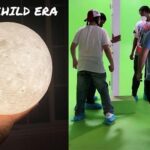 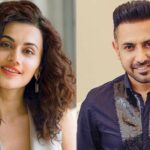