The world has witnessed heartbreaking news of 30 YO Sikh woman Mandeep Kaur’s suicide in the US recently due to domestic violence. The whole of Punjab was in mourning and anger after the news spread. Several celebs from the Punjabi entertainment industry including Wamiqa Gabbi, Neeru Bajwa and Jagdeep Sidhu also expressed grief over the shocking incident.

Now, Punjabi Singer and actor Amrit Maan has also emotionally reacted to New York’s suicide case with a video. He shared the video on his Snapchat account. In the video he is seen singing an emotional song against domestic violence.

Through the song, Amrit asked questions to the Patriarchal society. His song targeted the arrogant male society that lays hands on women, consumes alcohol to harass women as a mark of masculinity and still calls itself men.

Recently, Mandeep Kaur, a 30-year-old Sikh woman living in New York, United States – committed suicide shortly after recording a video where she revealed that she was being abused and “receiving daily beatings for birthing daughter” by her husband. The video filmed by Mandeep before her tragic death went viral on social media, and sparked a major debate about marital stigmas and domestic abuse . A hashtag  #JusticeforMandeepKaur is also trending on the internet for the same incident. 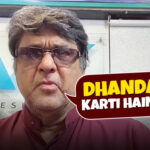 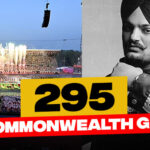