The movie has been set in Toronto, Canada, which is also the hometown of the director of the movie, Domee Shi. The director has given his upcoming movie plenty of diversity by including characters from various communities and ethnicities, including Punjabi.

The sikh character in the movie has been shown wearing a navy-coloured turban and a uniform. He’s shown to be the guard of a school. What caught everyone’s eye was the ‘Kara’ in the hand of the sikh man. Kara is one of the five essential Ks of the Sikh religion and a Canadian director recognising the valuable article and including it in his movie impressed every Punjabi.This is the first time a Punjabi character has been featured in a Disney Pixar animated feature film.

The movie ‘Turning Red’ is set to release in Spring of 2022. It basically chronicles a fictional story of a little girl who turns into a red monster when she gets angry, hence the title ‘Turning Red’. Disney Pixar are considered to make the best animated movies in the world, the production level of these animated pieces sometimes exceed bug Hollywood productions. 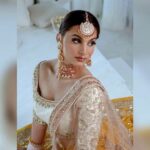