This is the most shocking and hot news of current time that an Indian Foundation has filed a FIR against the Hollywood pop singer Rihanna.

The Social Umbrella Foundation, based in Delhi has filed the FIR for the arrest of Rihanna. Their complaint is requesting the US to deport her to India for further investigation.

They have filed this FIR on Rihanna’s tweet for the Farmers protest. Their application states,

“This is with regard to the tweet by Ms. Robyn Rihanna Fenty from her twitter handle @Rihanna with the caption “Why aren’t we talking about it?” along with an article published by CNN. It is in the public domain that Ms. Rihanna Fenty had posted this article being a part of an International conspiracy to destabilize India and to promote unrest tendencies in india. Ms. Rihanna Fenty being a singer doesn’t know anything about Farm Laws of India and she had absolutely  no reasons to interfere in India”

The fact is not hidden than Rihanna had tweeted in support of the ongoing Farmers Protest in India, and since then she has been targeted by online trolls and accusations which claim she was paid for tweeting it.

Before Rihanna, a FIR was filed against social activist Greta Thunberg as well. But she has replied back with a louder voice, which says, “I still support the farmers”. 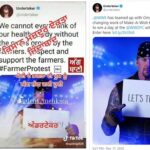 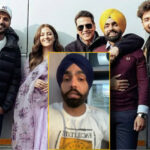