We all know Karan Aujla is a big-time animal lover. We have seen various animals like a wolf, monkey, chimpanzee, tiger and many more in his songs. It is always a treat to see the human-animal bond and Karan Aujla depicts it in a number of his music videos.

Regardless of how beautiful it is to see animals in the music videos, working with them is a huge challenge and a tale related to Karan’s experience with a Tiger in his song ‘Sheikh’ just reveals it.

Karan Aujla revealed that working with animals is even a harder job than working with kids in his videos, and when the animal is a tiger, god forbid, anything can happen. It was a last-minute plan to feature a tiger in the music video of Sheikh.

But before that, the owner Sheikh of the tiger asked the team to meet the tiger beforehand and get easy with it. At first, Karan was confident that he would work with the tiger easily but when one of the largest predators in the world comes before your eyes, the confidence shatters.

The Sheikh told them that the tiger would roam freely behind them now, and Karan instantly started thinking about what his future plans were, he has to release an album, he is yet to get married and there are a million songs he is yet to release. Despite the fear, Karan described working with the tiger a wonderful experience.

Karan had started making his future plans and interestingly, one of them is before our eyes today. His dream of releasing his album is almost a reality now. With the intro already being out, the album is on its way. 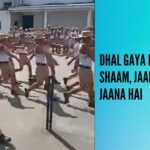 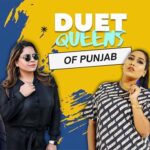