Jaswinder Bhalla is the name one hardly needs an introduction to. The actor has seemingly entertained the audience with his hilarious artwork in the Punjabi movies. Yet again the veteran actor is all set to win your heart with his upcoming movie.

Jaswinder Bhalla along with son Pukhraj Bhalla will soon be hitting the big screens with the film ‘Ankhiyan Udeek Diyan’. They were last and recently seen together in the film Jinne Jamme Saare Nikamme and now again the father-son duo is set to mark their presence with this forthcoming film.

Speaking of the story, it will showcase the love of two elderly couples. Apart from Jaswinder Bhalla and Pukhraj Bhalla, we will also see Amar Noori, Seema Kaushal and Vindu Dara Singh in the leading cast. Also, Gunjan Katoch, Harneet Kaur, Abhishek Sharma will be seen playing pivotal roles and the joyride support is given by Harby Sangha.

Meanwhile, this romantic emotional film is directed by Raj Sinha who earlier directed ‘Oh Yaara Ainvayi Ainvayi Lut Gaya’. Its music will be given by Gurmeet Singh who lends big support. Not only this, the start to finish schedule is in and around Chandigarh between February and March 2022. The film is produced by Mukesh Sharma and Sagi A. Agnihotri. This upcoming punjabi movie will be releasing near Diwali 2022.

Fans are excited and waiting to know more details about the film. As the film consists of a promising cast and is touted as a romantic emotional film. 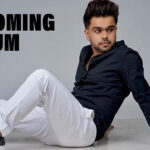 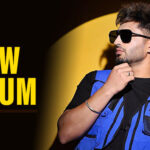