Top Bollywood film director, Anurag Kashyap, holds an image of a strong voice. He has been seen raising voice for the rights of the citizens of the country when an unjust event takes place. Anurag has also been a big supporter of the recent farmer’s protest going on in India and he’s again come out in support of farmers.

Anurag Kashyap updated his Instagram profile picture to support the farmers. We all are familiar with the news of the Lathicharge conducted on a group of peacefully protesting farmers in Karnal city of Haryana. The incident was criticised by the public for the cruelty and barbaric behaviour by the Haryana Police and authorities. Many farmers walked out of the Lathicharge with wounds on heads and covered in blood.

Anurag Kashyap put up a picture of an old farmer who sustained heavy injuries on his head due to the Lathicharge in Karnal. The picture of the old-aged farmer went very viral and has now reached Anurag Kashyap too.

Anurag Kashyap is one of the country’s top film directors. He has some of the biggest Bollywood hits to his name and has a reputation of bold and strong directorial works. His personality also gives a glimpse of what we see in his movies. Anurag Kashyap is one of few ‘Big-Men’ who are not afraid to raise their voice against the government when they feel something is not right.

He’s previously too come out in support of the farmers. When the protests against the Citizenship Amendment Act were active in the country, Anurag Kashyap had a strong voice in it too. The farmer’s protest is the next big protest taking place in the country and Anurag Kashyap has always been its supporter, which he’s proven again by updating his Instagram profile picture. 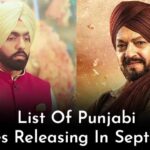 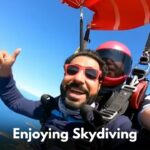