Bollywood Film Industry is all glitter when one sees it from far away. But it’s only known that it’s completely hollow from inside when a person becomes a part of it. This is not what we are saying, but the real-life experiences of various people from the Hindi Film Industry have proved it.

There are serious grudges, attitudes and ego issues which go parallel to the release of various Hindi movies. And something like this has happened with popular filmmaker Anurag Kashyap as well.

Anurag is the man behind the success of Bollywood movies like Satya, Gangs of Wasseypur 1 & 2, The Lunchbox and more. But did you know he was also supposed to direct the very hit movie Tere Naam? But the tables turned when he was kicked out of the project due to an issue raised by Salman Khan.

Actually, Anurag was roped in to direct this story, which was based on the heartbreak of a UP boy. He wasn’t convinced with Salman Khan playing the role of Radhe, a man from  Mathura, as the people of UP are not usually clean shaven.

So, to make Salman a better fit and look more convincing in the role, Anurag advised Salman Khan to grow chest hair. Anurag opened up about the incident in an interview and stated, “There were lots of changes that happened in the project and the script even got changed several times. Later new producers arrived and I got to know that now Salman Khan is the new hero of the film. Producers asked me to direct this film”.

But what happened next is surprising. As soon as Anurag finished advising Salman Khan, the actor did not say a word and kept staring at him.

It was the next day when Anurag got a call from the producers. He went to meet them only to get a glass bottle thrown on him. The producer yelled ‘Saale Tu Salman Ko Baal Ugaane Ko Bolega..’ and kicked him out of the film. 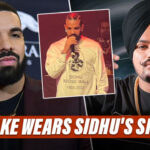 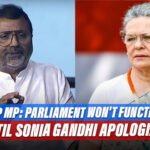