Nawazuddin Siddiqui has always been experimental in the selection of roles and the latest look of the actor is the perfect example of it. Nawazuddin dropped a first look motion poster of his upcoming film ‘Haddi’ which has the actor in a never-seen-before avatar in it.

The actor can be seen in a shimmery dress, a make-up look with side-partition hair. As soon as the poster got released, it got an amazing response from the audience but some people started taking a dig at Archana Puran Singh by saying that this character of Nawaz is identical to the original Archana Puran Singh.

Not only Instagram, but twitter also got active with memes on the actress after Nawaz’s look release from Haddi. Here are some funny memes and comments:

After seeing the comparative remarks, Archana Puran Singh came out and spoke related to this and commented, ““It’s the hairstyle which has become synonymous with me that is causing all these comparisons. I’ve used this side-parted look during the early part of the Kapil show (The Kapil Sharma Show),” she replied over a Whatsapp text. When asked about how she feels about the comparisons, she says, “All I can say is it’s a huge compliment to be compared to Nawaz in ANY way possible.”

Apart from this, an appreciation is really needed for the efforts and strength that Nawazuddin put in taking up this role and we are already wishing to see something different on the big screens/ Haddi is all set to release in 2023. 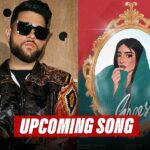 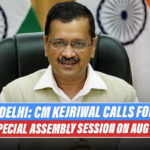