Yes! We know the headline is heartwarming. Sunil Grover and Kapil Sharma, both are two prominent and very popular names in the Bollywood Industry. We all are aware of the fact how they used to work together on ‘The Kapil Sharma Show’. While Kapil Sharma hosted the show, Sunil Grover gave us multiple doses of laughter as Gutthi and Doctor Mashoor Gulati. But they broke after a verbal fight in a flight. Since then Sunil Grover hasn’t appeared on the show and we still miss him a lot.

But we have super good and exciting news for all the fans of duos as there are chances that Sunil Grover and Kapil Sharma will be reuniting for the new season of ‘The Kapil Sharma Show’. We have already updated you with the reason behind the show going off air. The host Kapil Sharma confirmed it with a tweet and said that he needs to be with his wife to welcome their baby.

But as per sources, the other reason behind the same is to prepare for a grand come back for Sunil Grover on the show. For now there is no confirmation on the same, but we really hope they come back together. Our fingers are crossed and hearts filled with hopes. 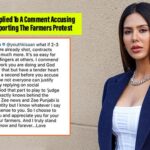