It won’t be wrong if we call Arijit Singh the best voice of Bollywood in the current time. We all have not one, but many Arijit songs in the playlist of our all-time favorite songs. Be it Channa Mereya, Dil Sambhal Ja Zara, Tera Yaar Hoon Main, Kesariya or any other, Arijit has given his blissful vocals to songs of every mood.

Though we really don’t doubt Arijit Singh’s massive fan following across the globe, we’d like to reveal the singer has recently beaten Taylor Swift on the basis of follower count. Yes, you read that right. We are talking about the fan following of Arijit Singh on Spotify.

Spotify recently released a list of the top 10 most followed musical artists across the globe. Yes, the list features 10 artists from different origins and countries. And Arijit Singh not only has become the only Indian singer who has made it to the list but also has beaten some of the very popular international singers.

Arijit Singh has beaten the Blank Space singer Taylor Swift, rapper Bad Bunny and even the social media sensation BTS. Arijit Singh is in the seventh position of Spotify’s top 10 most followed musical artists across the globe.

And not only this, but our all-time favorite Arijit Singh might soon surpass the very popular American rapper Eminem. Yes, Eminem is on the number 6 on the same list released by Spotify.

Also, if you are wondering which international singer has topped Spotify’s list, it is none other than the Shape Of You fame Ed Sheeran. He is followed by Ariana Grande, Billie Eilish, Drake and Justin Beiber in the top 5 positions.

Coming back to the Indian Rockstar Arijit Singh, the singer had also become the most streamed Indian artist and the most followed Asian soloist according to Spotify list in 2020 and 2021, respectively.

All his fans are definitely very proud of him right now. Competition with thousands of musical talents across the world, and then finally earning a position in the list of top 10 is indeed a big thing.

Since Arijit Singh is the only Indian singer on the list, all his fans are definitely on cloud nine. 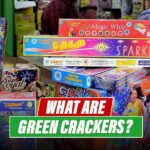 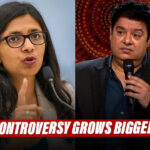