He started his career in MMA in 2014 as an amateur and has now become the first Punjabi MMA world champion. He has been a professional athlete for his entire life and his back-to-back record-breaking wins are the proof for that.

Bhullar won the MMA, by defeating Long time One championship heavyweight winner Brandon Vera with second-round strikes. Being the first Sikh descendant to win this championship, he has made all of us proud.

Check out the video of his final knockout : 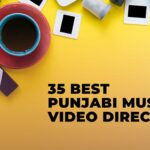