Arjan Dhillon and Karan Aujla, both are growing and really popular names of Punjabi music Industry. Not only do they have a great fan following across the globe, they also share a great bond of friendship with each other too.

Since days, there were rumors all around which said that Arjan Dhillon and Karan Aujla are planning something big together. But as per Arjan’s recent interview with Brit Asia TV’s popular host Raj Shoker, Arjan spilled the beans and said that there is no such project coming for now. He denied all the rumors and said they might work on some project in future, but for now there is nothing like this.

Arjan Dhillon’s confession has definitely broken hearts and expectations of many. But we should be losing hopes as Arjan said there are chances they might work together in future. 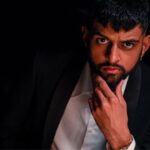 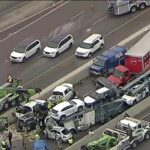