Punjabi Music Industry has re-established the trend of releasing albums. And Punjabi singers are definitely taking full benefit of the same. The Awara singer Arjan Dhillon has started yet another countdown for his new album. Earlier, he had released ‘Jalwa’ in mid October, and just one month later, he is all set for another album, which is yet to be named and will be Arjan Dhillon’s 4th album in a row.

A few days ago, Arjan Dhillon held a Q&A session on his Instagram account and teased his fans about the upcoming album. Though Arjan did not specifically reveal that he will be releasing his new album, he asked the fans to guess if he is planning to release a song or an album on 25 November 2022.

Arjan Dhillon then interacted with various fans who raises special demands from him. A fan asked him to release the album so that he can enjoy all the songs in one go on the truck, another fan requested him to drop something for girls also.

And now, Arjan Dhillon once again had a fresh Q&A session on his Instagram account. But this time, he did not tease fans, but went on to reveal that he will be releasing his new album on 25 November 2022.

While interacting with his Instagram fans, Arjan also revealed his upcoming album will have 10-12 songs and also confirmed that Reshmi Rumaal will be a part of this project on a fan’s demand.

Also Read: Not Only Hera Pheri 3, Akshay Kumar Out From 2 Other Popular Comedy Franchises! Here’s Why

Since 25 November is definitely not far away, Arjan Dhillon will be revealing the name and more information about his upcoming album soon. We are waiting for the album’s title and its tracklist. 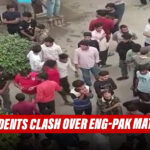