Ammy Virk never stops entertaining the audience with his films. He makes sure he has the most releases at the end of the year. Now, after giving numerous releases to the industry this year, and announcing many others, another movie has been announced by the artist.

The artist took to his official Instagram handle and shared a poster of his upcoming film ‘ArjanTina’. The makers have used a very tricky and quirky name in this film. As if we go to its literal pronunciation it will be uttered as ‘Argentina’ which is the name of a country.

But makers have played with the word and wrote it as the name of characters of the movie that are ‘Arjan’ and ‘Tina’. Now adding more information to this, the film will star Wamiqa Gabbi opposite Ammy Virk. After Nikka Zaildar 3, the duo will be seen together in this upcoming film, once more. Wamiqa who has done commendable work in not only Pollywood but Bollywood and Tollywood too is no stranger to success. The actor has essayed a phenomenal role in the film Grahan. Now, it will be great to see such amazing and talented artists to share the screen for the upcoming release.

The movie has been titled ‘ArjanTina’ and is set to make its worldwide theatrical release on 7 April 2023. The movie will be released under the collaborative banner of Ammy Virk Productions and Amberdeep Productions. It seems like 2023 will also mark a great year for both artists.

Moving to the credits, the film has been written and directed by ace artist Amberdeep Singh. Not much about the movie is known yet. But if you focus more on names, it seems like the film will showcase love and drama to the audience. But something concrete can only be said when the makers reveal additional details about the same. 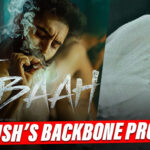 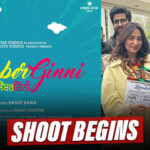