Arjun Kapoor, today is one of the prominent and well-known actors of Bollywood film industry. But this hasn’t been his life story since forever. Yes. He worked in films but not as an actor. He started his career in the industry as an assistant director in the movie Kal Ho Na Ho in 2003.

He made his acting debut in 2012 through the movie Ishqzaade opposite Parineeti Chopra. Apart from this, the actor has also been in the news due to his personal life and relationships. Today he makes headlines due to his serious relationship with Malaika Arora. But there was a time when he was known for dating Salman Khan’s sister Arpita Khan.

Yes, dating Salman Khan’s sister sounds scary, and so was the feeling of Arjun Kapoor as well. The actor has revealed it many times that he was earlier too afraid of Salman Khan. But soon Salman Khan became his best buddy and a brother-like figure.

In a conversation with Bombay Times, Arjun said, “My first and only serious relationship so far was with Arpita Khan. We started seeing each other when I was 18 and it lasted for two years. I was also already attached to Salman bhai, but it was during the shooting of ‘Maine Pyaar Kyun Kiya’ that our relationship started. I was scared of Salman bhai and went and told him and the entire family as I wanted them to know from me first. They were very kind about it. He was taken aback, but he respects people and relationships. In fact, he was partial in that relationship where he would always take my side.”

He had started dating Arpita when he was 18-years-old. The couple dated for 2 years before Arpita finally called off the relationship. Yes, it was Arpiita who walked out of the relationship and left Arjun Kapoor clueless about what next in his life.

But Arjun believes that Arpita broke up with him for the better. ‘I was 140 kgs, was assisting Nikhil Advani in ‘Salaam-E-Ishq’ and had a girlfriend, would party and felt my life was headed in the right direction. I felt sorted and thought that I would direct my film by 22, till she broke up with me and suddenly I was confused about what my future held for me.’

After Arpita left Arjun heartbroken, he finally started paying attention to his career, body and life. And now, both Arpiita Khan and Arjun Kapoor are happy and settled in their individual lives.

Arpita is happily married to Aayush Sharma and is mother of a son. On the other hand, Arjun Kapoor has found the love of his life in Malaika Arora. 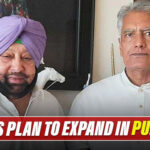 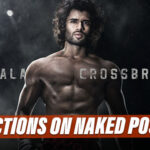