Bollywood film industry has always been a platform for people to flaunt their skills, and many people have already made their names big here. And one such name is Shahrukh Khan who needs no introduction. He has been the Badshah of Bollywood and has made Hindi Film Industry renowned across the world. And now, it’s time for his son to prove this caliber as well.

Most fans were already waiting for Aryan Khan to make his debut as a hero in some big budget film under a fancy production house. But it seems like Aryan has some other plans for himself. Not acting, but he will be making his Bollywood debut as a writer and as a director as well. For the fans who were waiting to see Aryan on screens, should know that Shahrukh Khan has always said that his son, Aryan is not at all interested in acting, but wishes to pursue direction.

Aryan Khan is putting all his hard work and efforts into writing a story for a web series for Red Chillies Entertainment. As per the exclusive reports of Pinkvilla, Aryan Khan has already completed a test shoot in a Mumbai studio last week. In conversation with Pinkvilla, a source revealed,

“Besides writing the project, Aryan will also be directing it. He had taken complete charge at the test shoot that took place on Friday and Saturday. As a part of his and the crew’s prep, Aryan wanted to bring everyone together and understand the project before they actually start shooting for it. He is very passionate about this yet untitled show, and has already begun work on the pre-production. They will finalize the actual shooting dates soon.”

Also Read: Pathan: Teaser And Release Date Of SRK’s Most Anticipated Film Out

For now, more details about the project aren’t out officially, but are awaited and expected to be unveiled soon. Till then, the fans only have to make peace with the fact that Aryan Khan has no plans for being on camera as of now. 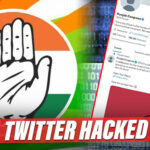 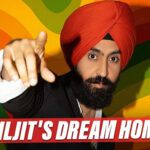