Asim Riaz is a popular model, rapper and actor who rose to fame after winning hearts in Bigg Boss 13. He was one of the most popular and loved contestants of the Bigg Boss season 13. He usually breaks the internet with his hot pictures, when he is snapped with rumored girlfriend Himanshi Khurana and when he releases something new. But currently, none of these is the reason behind him trending on the internet.

Bigg Boss fame Asim Riaz has made multiple headlines for a tweet that he recently shared with his fans. Asim took it to his Twitter account and dropped his feelings through a tweet which is now going viral. In the tweet, Asim has expressed his disappointment against an influential personality from the industry.

The tweet is about a project which they had promised to his father. Asim feels his name was used to hype the project but all the fake promises have now let him down.

“My father was promised a project from an influential personality from the industry, for than one year they used my name to create a hype for the project all the big media publication spoke about it and also confirmed it all I want to say is all the fake promises won’t make me feel down. The pressure and anxiety they have given me will never make me stop me from doing what I do right now so muje apney tour se duniya ko jeene de.”, says the Tweet.

Though Asim has not named anyone in the tweet, reports suggest he is indirectly targeting Bollywood superstar Salman Khan. It is reported that Asim Riaz will be seen in Salman Khan’s upcoming and anticipated movie Bhaijaan.

So what does this tweet refer to? Is Asim Riaz no more a part of Salman Khan’s Bhaijaan? Is Asim really targeting and taking a dig at Salman Khan? Or all this is just made-up stories, and Asim in reality has shared this tweet for some other reasons?

Also Read: ‘It’s My Fault’: Akshay Kumar Takes Responsibility For His Back To Back Flop Films

Well, only Asim knows the answers to these questions. But all the Asim fans are really keen to see him act in Salman Khan’s Bhaijaan. We hope everything is fine between the two Bigg Boss stars. 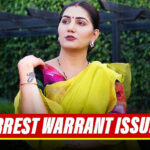 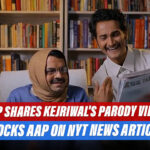