Sidhu Moosewala has been making headlines and multiple interview appearances ever since he joined Congress to pursue his political career. In an interview, Sidhu Moosewala revealed a shocking story about the time when someone tried to blast him off using an explosive device!

Sidhu revealed that once he was on his tractor at his field, when an unknown person approached him and handed over a turban. Sidhu just grabbed the turban and kept it on his side as he was busy at the moment. Then, after working in the field for sometime, he went to his house for his meal and also brought the turban, which was packed in a polythene, at his house.

Till that time, Sidhu had no idea what was actually inside that turban. He simply handed over the package to his mother and when he held it firmly, he realized something was wrong! Sidhu immediately opened the package and the turban and what he saw blew his mind away. He described that there were a lot of wires and little glass substances in it. Luckily, the area Police were just passing by them when Sidhu discovered the unusual substance in the turban.

He then handed it over to the Police, who revealed that it was a Detonator. ‘Detonator’ is a blasting cap, and used as an explosive substance! The Police called the Bomb squad immediately to defuse the detonator. They told Sidhu that it was a ‘warning’ to him, had he opened up the detonator, it was enough to cause one person ‘serious damage’!

Sidhu even said that you can verify the incident from the Mansa Police. The artist added that just like him, every other artist or prominent public figure receives such death threats and attempts to kill. It is shocking to know how we as an audience are always unaware of the problems and even threats to life that famous personalities have to go through. As it is said, “Everything comes at a cost”, this is the cost that they have to pay for their success and fame. 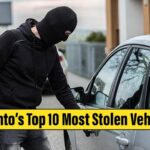