In one of her interviews, she shared about her work experiences. So, one that grabbed everyone’s eyeballs was when she talked about singer Nishawn Bhullar. “I don’t want to say anything about him but I don’t have any good memories of that shoot. I didn’t feel safe on set. I always say, every project of mine was a good experience to be shared but on that set I didn’t feel safe.”, said Aveera.

Also, she added that on every set of the song, she was treated like a family and never felt any negativity, but during Nishawn’s song, she was not happy while shooting. In response to the question when she was asked if she wishes to work with him again, she said, “All I seek is respect and wherever I don’t get it I won’t work.”

Both of the stars shared the screen together in the song Muchh. Though the song garnered immense love from the audience, nobody was aware of how the model felt on sets. Since the interview has been aired, the clip has been circulating over the internet. People lauded the actress for showing courage and speaking her heart out. 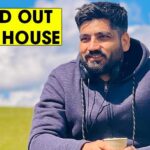 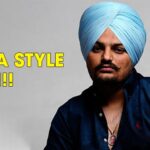