Arjan Dhillon, a name that carries with itself responsibility for great lyricism, over-the-top composition and high standards of music. The audience could not wait when the artist announced for the first time that he was coming up with an album. Days went by and the album ‘Awara’ was finally announced! And today, the album is officially here.

The 13-song album is nothing less than a journey, a ride to remember. It is by far one of the best albums to be released this year, and that is a big thing considering every major artist has dropped an album this year. Arjan Dhillon has expanded his boundaries, let out his feelings, given a glimpse of Punjab’s rich culture and what not! This album covers all genres and performs perfectly in all of them.

ALSO READ | A Fan Asked Arjan Dhillon About His Inspiration. His Reply Will Win Your Heart

We also heard different music from Arjan this time. Arjan Dhillon collaborated with a bunch of renowned music producers of the industry for this album and not even one of them disappointed us. The music is top-notch in every song. Fire Fur has a completely standout music while songs like Shama Paiya have music that pierces through your heart.

Arjan’s vocals have also been top-notch, just like always. But what has amazed and completely blown away our minds this time, is Arjan’s writing! We always knew Arjan had a lot more potential in his pen than what he was doing already and Awara finally unleashes the prime of Arjan. ‘Danabaad’ is a song that will go down in history. The song not only depicts the beauty of love but takes you on a journey in the history of Punjab. Heer-Ranjha, Soni Mahiwal, Laila-Majnu, Mirza-Sahiba and so much more, the song is a tribute to all the unfinished love stories depicting the beautiful culture of Punjab. Other songs like Mehal are also lyrically amazing.
Arjan has also tried a bunch of compositions this time. Songs like Hold On, Sangdi Sangdi have very unique compositions. Overall, there is not one song out of those 13 that isn’t a must-listen. This is by far the best of Arjan we have seen so far. All the songs are unique, distinctive and excel in specific departments. While your views might differ, Danabaad is the best track out of all those for us. 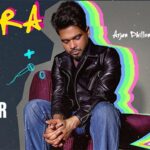 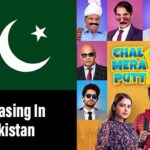