Ayan Mukherji is the man whose excitement is on cloud nine regarding the release of his upcoming movie ‘Brahmastra’. The film stars Ranbir Kapoor, Alia Bhatt, Amitabh Bachchan, Nagarjuna and Mouni Roy in the leading roles, and Ayan is the one-man army as the director, writer and producer of the film.

Ayan’s last film was Yeh Jawani Hai Deewani which was released in 2013. Yes, it’s almost after a long gap of 10 years, when Ayan’s project will hit the silver screen. But before his dreams could turn into reality, his film Brahmastra has been surrounded by an unwanted controversy.

Also Read: Brahmastra Trailer Review: Something Like Never Before, Is This Bollywood’s Revival?

It is believed that a shot in the trailer of Brahmastra has hurt the religious sentiments of many people and they have been expressing disappointment against the same.

Actually, it’s all about a shot in the film’s trailer, in which it looks like Ranbir Kapoor is entering a temple but here comes the twist; with shoes on. This one-shot is attracting massive criticism and hence, the film landed in a controversy.

But now, the film’s director Ayan Mukherji has commented on the controversy and has tried to put his views forward. Ayan shared an Instagram post, and through it, he shared two pieces of information.

The first one was the announcement of the release of the 4k version of Brahmastra trailer on YouTube. And the second had his statement on the controversy.

“We had some people in our community, upset because of one shot in our Trailer – Ranbir’s character wearing shoes as he rings a Bell. As the Creator of this film (and a devotee), I wanted to humbly address what happened here.

In our movie, Ranbir is not entering a temple, but a Durga Puja Pandal.

My own family has been organising a similar kind of Durga Puja Celebration for… 75 years! One, which I have been a part of since my childhood. In my experience, we only take off our shoes, right on the stage where the Goddess is, and not when you enter the Pandal.”

The director also added, “It is personally important for me to reach out to anyone who may have been upset with this image… because above all, Brahmāstra is created as a movie experience which pays respect to, and celebrates – Indian culture, traditions and history. That is at the heart of why I made this movie, so it is very important to me that this feeling reaches every Indian who is watching Brahmāstra!”

The film has been one of the most anticipated Bollywood movies since the time it was announced. It took almost 4 years to be made completely and is now ready to finally hit the theaters on 9 September. 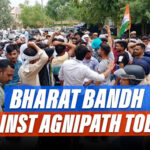 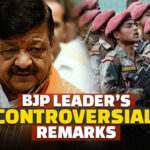