Ayushmann Khurrana is a well-known and one of the most versatile actors of Bollywood Film Industry who has impressed us many times with his acting skills and choices of movies. The actor is ready for his upcoming Bollywood project, titled Doctor G in which he will be seen playing the character of Doctor Uday Gupta. Opposite him, we will see Rakul Preet Singh playing the female lead as Doctor Fatima.

Recently the actors shared the pictures from their script reading session of the film on their Instagram stories.

Ayushmann also shared a picture with his leading lady Rakul.

The film will be directed by Anubhuti Kashyap. She is sister of renowned director Anurag Kashyap and this upcoming film will mark her directorial debut in Bollywood.

Doctor G was announced in December 2020. And the shooting for this project will be starting soon. Talking about Ayushmann’s other projects; he has “Chandigarh Kare Aashiqui” opposite Vaani Kapoor lined up for its release on July 9th, 2021, and “Anek” on 17th September, 2021. On the other hand, Rakul will be seen in MayDay starring Amitabh bcahchan, Ajey Devgn and Ajey Nagar aka Carry Minati in lead roles. 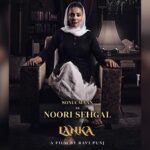 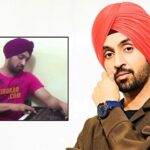