There are rumors surfacing all over the internet and news sites that Vicky Kaushal and Katrina Kaif are getting married next month, and recently regarding that it seems like their friend and colleague Ayushmann Khurrana have confirmed their relationship.

According to the reports of Times Of India, The actor, while promoting his latest film Chandigarh Kare Aashiqui, talked about Katrina and mentioned Vicky in his statement. He talked to YouTuber Siddharth Kanan and answered how he can never dance like Katrina but he finds a Punjabi connection with Vicky. Though he didn’t directly confirm it, while speaking of Katrina he mentioned Vicky which is not usual.

Not only Ayushmann, Sonam Kapoor’s brother actor Harshvarshan Kapoor also went on to confirm Katrina-Vicky’s relationship. The couple has reportedly been dating for over two years but has never confirmed their relationship. In an interview with Zoom earlier this year, Harshvardhan was quoted as saying, “Vicky and Katrina are together, that’s true. Am I going to get in trouble for saying this? I don’t know. I think they’re quite open about it.”

Meanwhile, strong reports highlight that Vicky and Katrina will be stepping into a new journey and tying the knot in Sawai Madhopur, Rajasthan from 7 to 12 December. Reports state that the arrangements are looked after by their managers. 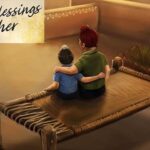 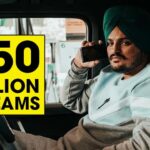