The short list of the celebrities show how rare it is to get the UAE Golden Visa and B Praak is now one of the recipients. B Praak also received the prestigious Rajat Kamal award at the 67th National Film Awards for his song ‘Teri Mitti’ from the movie ‘Kesari’. It was the first ever National Award of the artist.

B Praak has given the Punjabi industry and the Bollywood music industry some of its greatest hits ever. ‘Filhaal’, which is one of the most liked and viewed songs in the country, has been sung by B Praak. His song ‘Mann Bharya 2.0’ from the recently released ‘Shershaah’ is winning hearts of the audience.

Such a personality is destined to be awarded wherever he goes. UAE has shown its love for the Indian film and music industry on various occasions, and this is just a way for the country to express their love for Indian artists. 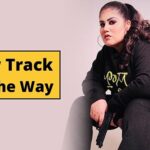