Since we got to know about B Praak’s upcoming song ‘Baarish Ki Jaaye’, it has become difficult for us to keep calm. The song will feature Sunanda Sharma and Nawazuddin Siddiqui in it’s music video.

It’s poster shows Sunanda Sharma and Nawazuddin Siddiqui, and says, the song will be released in March, but the final date is not revealed yet.

As per sources, the song will focus on the Auto drivers of Mumbai.

Jaani has penned down the lyrics and composed them for it, while B Praak has given his vocals to them. The video of the upcoming song is directed by popular Punjabi Director Arvindr Khaira.

We are super excited and eagerly waiting for this one to drop soon. What are your views on this? Do you think this song will break records and set new benchmarks? 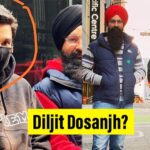 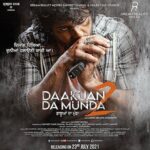