Punjabi singer Simiran Kaur Dhadli who recently joined social media again after a short span has recently dropped the hint about her upcoming song related to the fourth and unfamiliar language of Punjab that is ‘Puadh’. She has now unclear all the doubts and shares the poster of upcoming song ‘Baatan Puadh Kiyan’.

The song will feature Madam Mohini Toor along with Simiran. While sharing the beautiful poster of her song, she has also written a long note in which she has revealed the prominent details as well as shared some information of Puadhi Language.

“Majha , Malwa , Doaba are the three Pillars of Punjab , are you aware of the 4th that is PUADH ( ਪੁਆਧ) ? The answer would be NO because this region of Punjab couldn’t get enough exposure . So here’s this track named – Baatan Puadh Kiyan , coming your way to fill your hearts with love and gratitude.

“Puadh” is a historic region which comprises a huge part of present-day Punjab, Haryana, Uttar Pradesh, Himachal Pradesh and most importantly, the U.T. Chandigarh. But unfortunately, it has always been forgotten.”

Coming to the credits, along with singing, Mohini Toot has also penned down the lyrics of the song, to which music will be given by Hakeem. Further, the music video has been directed by Sukhbir Gill.

Her fans are already excited for this upcoming project. Though no finalised date of its release is revealed yet, there is buzz on social media about the same.

Meanwhile, speaking of the singer, she is growing her name and earning a lot of popularity with her bold writing skills and unique voice. Her song ‘Lahu Di Awaaz’ was loved by many people but few imposed a controversy on the song. Now we can only wait for the song ‘Baatan Puadh Kiyan’ and see what impact it creates on our industry and among the audience. 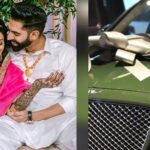 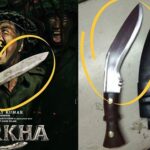