Amrit Maan starrer ‘Babbar’ has been the topic of talks for many days. First because of the artist’s collaboration with music directors Desi Crew and then for its title; earlier it was decided to be named as ‘Hakam’ but the makers later decided to change the name to ‘Babbar’.

The Bamb Beats and Desi Crew’s first-ever joint production project will be out in theaters on 11th March 2022. Amrit Maan will be portraying the titular role, Babbar, in the movie which is directed as well as written by Amar Hundal who is known for his recent release ‘Warning’ which is doing magic at the box office at present.

We have already witnessed Amrit Maan as an actor in the movies like ‘Channa Mereya’, ‘Laung Laachi’ and ‘Aate Di Chidi’ and now is the time for ‘Babbar’ which is ready for its release on March 11, 2022.

2022 will be enjoyed as the movies’ year as many Pollywood biggies have lined up their movies to be released in that year and the March of 2022 includes ‘Daakuan Da Munda 2’, ‘Jattan Da Munda Gaun Lagya’ and ‘Kali Jotta’ and the latest addition to it is Amrit Maan and Desi Crew’s ‘Babbar’.

It will be exciting to see Amrit Maan on the silver screens after a gap of almost 2 years. He was last seen in ‘Do Dooni Panj’ opposite Isha Rikhi which was released in early 2019. Meanwhile, Amrit Maan had released his much-awaited album ‘All Bamb’ recently which got an immense response from the Punjabi music lovers. Now is the wait for 11th march 2022 to see the artist on the big screens. 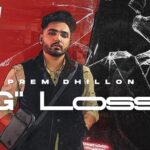 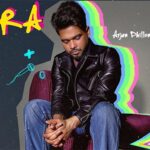