The first ever collaborative venture of Bamb Beats and Desi Crew Productions, Babbar is set to release in theaters on 11 March, 2022. The official teaser for the film has been dropped on Youtube and it seems like Amrit Maan is going to bring us one of the best Punjabi films ever made!

We all know what an absolute beast Amrit Maan is when it comes to acting and we are probably going to see his best performance yet in Babbar. The teaser is pure quality. The colour grading, the video quality, the cinematography in the teaser feels fresh and top class. Amrit Maan’s look is what grabs your attention.

All the characters seem to be fitting perfectly in their roles. The background theme song at one part of the teaser switches to english! Though it gives a unique vibe but goes well with the type of teaser made. At the end of the 1 minute 34 seconds clip, we see Yograj Singh in a Viking-like Avatar and he feels dangerous, exactly what a villain for Amrit Maan’s character should be like.

It has been directed by Amar Hundal, the same director who gave us ‘Warning’ this year. So, you can already guess what we can expect from the film. Warning has been dubbed as one of the best Punjabi films of 2021 by the audience and Babbar seems to hold all the potential to become next year’s best film.

ALSO READ | Vote For The Best Punjabi Movie That Made Your 2021 The Most Entertaining Year!

The teaser makes Babbar look like the Punjabi Version of Kannada film KGF.  For those who’ve watched the teaser, they know why we’re saying this. KGF was a brilliantly directed Kannada language film, the most expensive one at that time and is still one of the highest grossing Indian films ever.

Babbar gives those KGF vibes and it is not an exaggeration to say that this might turn out to be the one of the best, if not the best, Punjabi action films ever. Thriller-action is a genre that’s been explored for numerous times by the Punjabi Industry but we’ve hardly seen any unique distinctive feature in most of the films. Babbar feels unique, quality and distinctive, all that is required to make a superhit film.

Though much about the storyline of the film isn’t revealed yet, that is another aspect which is keeping us excited for the film. Amar Hundal has written the movie, another reason to expect greatness from this film! In the end, all that we’ve seen so far of Babbar, it seems to be an extremely promising film and a film that can shape the future of the Punjabi industry, for the good. 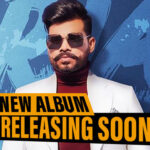 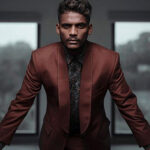