Badshah who is popular for his rap and various hit and superhit tracks usually rules the music charts. Songs like Genda Phool, Mercy and Pagal Hai are some songs that prove his superhit history.

And recently Badshah has announced one new upcoming song ‘Paani Paani’ on his Instagram account. The best part of this announcement is that this song will mark another collaboration of Badshah with Aastha Gill and Jacqueline Fernandes. Badshah has shared the poster of the song which shows a heated desert with warm shades of orange and yellow.

The Poster has ‘Paani Paani’ written in bold letters with credits to Badshah, Aastha Gill and Jacqueline Fernandes.

The song will be released in the Office YouTube channel of Saregama as mentioned by Badshah in his caption.

Aastha Gill and Jacqueline Fernandes also shared the same with their fans on their Instagram accounts.

Badshah’s duo with Aastha Gill has always proved to be a superhit one. They have worked together in songs like Dj Wale Babu, Buzz and Heartless which were loved by the fans and earned millions of views on YouTube.

Talking about Badshah’s pairing with Jacqueline, this duo has also impressed fans with their collaboration in Genda Phool. And when this trio is coming together, it’s expected and sure that the song is going to perform once again.

Badshah has revealed that the first look of the upcoming song Paani Paani will be out soon.Apart from this, the release date of the song isn’t revealed yet. 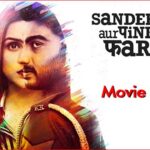 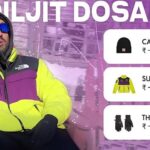