Popular rapper Badshah who is worldwide known for creating amazing and superhit songs is now all set to follow the viral trend of ‘Bachpan Ka Pyaar’. Badshah has officially announced his collaboration with Sahdev Drdo, whose video singing Bachpan Ka Pyaar went viral on various social media platforms. Badshah took it to his Instagram account and shared a picture with the viral kid. In the picture both are seen smiling and excited. Sharing the picture, Badshah captioned the picture as,

It was all over the internet that Badshah is planning to feature Sahdev in his upcoming song and the news is finally confirmed by Badshah himself. Recently his video went viral in which he with Aastha Gill and Rico was seen grooving on the Bachpan Ka Pyaar remix by Hiten went viral on Instagram.

And now when a popular rapper and a kid who is currently the social media sensation are finally joining hands, the fans are excited to witness the outcome. We are eagerly waiting for Badshah to reveal more details of the project soon. 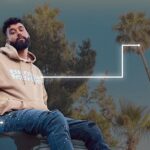 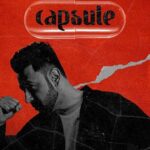