Punjabi cinema lovers are having the best time of their lives as new Punjabi movies are being announced every other day by the artists. The latest to be added in the list is director Smeep Kang who made public the first look poster of his forthcoming Punjabi movie, ‘Bai Ji Kuttange’. Sharing the poster he revealed that the film will be in cinemas on 27 May, 2022.

What is special in this announcement? It is that this will be the first ever movie which will be produced by the director. A writer, director and now a producer. Smeep Kang will be producing Bai Ji Kuttange and is the first movie to be produced by him. It will be an Action-Comedy and will have actor Dev Kharoud in the lead role. Upasana Singh, Gurpreet Ghuggi, Smeep Kang and Nanak will also share the screen space by starring in this movie.

Bai Ji Kuttange is being produced by Nirupama, Hadelin De Ponteves & Smeep Kang himself and will be distributed worldwide by OmJee star Studios.

Smeep Kang is mostly seen making comedy dramas but a recent announcement has a different genre, Widow Colony, starring Gippy Grewal will be a different work for the director. Widow colony is scheduled to release on 3 June, 2022.

Talking about the lead of Bai Ji Kuttange, Dev Kharoud has some films already lined up for the release in 2022 which includes the sequels of movie, Shareek and Daakuan Da Munda. He was recently seen in a music video of the song, ‘Surrender’ opposite Japji Khaira.

It is very thrilling as there are back to back movies on the calendar slot to be released next year. Movie lovers have surely got their advance treats by these movie announcements. 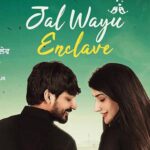