Indian Cinema produces multiple films in a year, but before the release of anything on screens, every film needs to get certificated from CBFC- Central Board of Film Certification, be it a feature film, short film, trailer, documentary, or theatre-based advertising for public viewing. According to the report of RTI, CBFC HAS banned 586 Indian films and 207 Foreign Films in the last 16 years. Today we have collected the information about various Punjabi films which were halted by the censor board in their first trials but few among them managed to get release after making some major edits and cuts. Most of the banned films are based on militancy period and few of them even bore criticism from the political and regional societies.

The Punjabi movie Shooter revolves around the life of the most wanted gangster of Punjab, Sukha Kahlon. The movie describes the whole life journey of the self-styled gangster from being a normal village boy to the most notorious gangster of the state. However, the Chief Minister of Punjab, Captain Amrinder Singh, ordered a ban on the film blaming it to glorify the life of a gangster and mislead the youth.

Toofan Singh, starring Ranjit Bawa is directed by Baghal Singh. The film was banned by CBFC in 2016 but it was released on 4th-August-2017 in Australia and U.K. Toofan Singh is the auto-biography of most famous Kharkhu activist of Khalistan Liberation Force, as He was killed in an encounter on April 8, 1990.

Patta Patta Singha Da Vairi is based on the Punjab in the 80s and 90s, when the people were duped by terrorism. It was banned by censor board but got released internationally.

Kaum De Heere movie is based on Sikh Bodyguards Satwant Singh, Beant Singh, and Kehar Singh, who assassinated then Prime Minister Indira Gandhi. The urge for the assassination of Indira Gandhi was repayment for the military attack borne out by the Indian government on Harmandir Sahib. Film was outlawed by the CBFC and the Delhi High Court (on 29 August 2019) approved its release in August 2014.

The Mastermind Jinda Sukha is based on true facts and letters swapped by Harjinder Singh Jinda and Sukhdev Singh Sukha (who are the part of Khalistan Commando Force and one of the two killers of Arun Vaidya the Chief of the Indian army at the time of Operation Blue Star). Film was banned by the censor after Home Ministry was alerted by Intelligence Bureau. The film was to release on 11 September globally and was freed by censor board on 24 July, Film was released on 11 September 2015, and did well.

Sadda Haq film represents filmmakers’ comprehension of what prompted young men in the state to rise up and fight against what they recognized as corrupt police and government system. It faced many obstacles for its release as in the first trial it was banned by the censor board but the makers of the film fought in the Supreme Court and later it was allowed for release with some changes.

Ik Onkar is also based on the upset throw pieces of knowledge on mysterious pages of Punjab. The film was banned by CBFC in India.

The National Award winner Baghi faced many obstacles before its release. It was released after making some edits and cuts.

The film which brings you to the wicked past of Punjab is surprisingly banned by the CBFC in India. While on the other side, film faced no issue to release outside India.

Amit Basara penned film Nanak Shah Fakir is a biopic of Guru Nanak Dev. The film won awards for Best Feature Film on National Integration, Best Costume Design, and Best Make-up Artist at the 63rd National Film Awards. However, they faced difficulty as it was initially banned by the Censor Board. The supreme Sikh group, Akal Takht declared a ban on the film, as it was alleged to depict Guru Nanak and other prominent Sikh figures (Bebe Nanaki, Bhai Mardana) through human actors. The makers appealed to the Supreme Court and got the film released but the film was banned in Punjab by SGPC.

47 to 84 is a Punjabi film that tells us a true-to-life story which is all about the journey of a teenager through the traumatic times of the India-Pakistan separation. And when her life was finally managing to normality, the 1984 Sikh genocide happened, the film was banned in the first trial but after some cuts in the film they got certificated by the Censor Board.

Dharam Yudh Morcha is a Punjabi film regarding the period from 1947 to 1984 that highlights the battle of the Sikh community with the government. It got banned by Censor Board but released internationally.

Shudra To Khalsa is an unreleased Indian film that is banned by CBFC based on the Caste policy in India and its plan in Khalsa Panth.

Blood street is a Punjabi movie that talks about the times of turmoil in Punjab. The film tries to depict the religion-based (Hindu-Sikh) riots that took place in Punjab. It also highlighted the brutality of the Police at the time. The movie was scheduled to release in 2014 but was banned by the CBFC. Later the release of the movie was allowed in the next year but only after performing some cuts on the problematic parts.

Kharkuwaad is another Punjabi movie that brought police brutality during the times of ‘84 into the limelight. It depicted the clashes that took place between the Sikh community and the Punjab police at that time. Unfortunately, the audience could not get a watch of it as the CBFC banned the movie from release.

Bhagat Singh di udeek is a Punjabi movie about the modern scenario of the state. The title translates to “The wait of Bhagat Singh”, and is enough to describe the plot of the movie. It describes how a common man falls prey to the atrocities of the system and is forced to fight the system single handedly. The movie was initially delayed due to some technical errors and also faced rejection by CBFC.

The sequel to the movie that faced CBFC rejection, also had to go through the same fate. Kaum de Heere 2 was also banned by the CBFC to release in the country, hence, had to release only overseas, just like its prequel.

Do bol is another movie that had to go through CBFC rejection. The film had to go through worse case, as even its official trailer did not get the green light from CBFC. The film was barred to release anywhere in the country and also did not release in the overseas market.

We hope you enjoyed this article. If there is a piece of incorrect or irrelevant information written in this article, kindly contact us and we will update it as soon as possible. 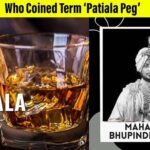 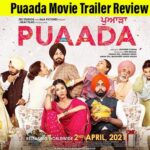