Popular and iconic singer and composer Bappi Lahiri passed away on 16 February, at the age of 69. According to the reports of NDTV, Lahiri was admitted to Criticare Hospital in Mumbai’s Juhu area, News18 reported. Dr Deepak Namjoshi, the Physician, Cardiologist and Pulmonologist who was treating the musician said, “Bappi Lahiri passed away a little before midnight. When the family got him to the hospital his blood pressure was low and the pulse couldn’t be felt. We tried to revive him but it was too late.”

The artist has worked for more than 50 years in the industry and delivered innumerous hits to the audience. From Dilip Kumar to Ranveer Singh he has worked with every generation.

Many prominent personalities took to social media and showed their heartfelt condolence towards the eminent artist.

Not only them but the news has left fans in shock. They can’t believe that they recently saw the singer on the screen with Salman Khan on reality show Bigg Boss 15 is no more.

He was known for delivering disco songs to the industry like ‘I am a disco dancer’, ‘Tamma Tamma’ and many more. The singer was fondly known as Bappi da, and he experienced huge success in the 1980s and 90s.

Team Kiddaan offers its heartfelt condolences to the bereaved family and prays for the eternal peace of the departed soul. 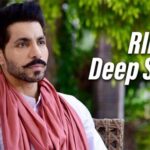 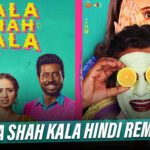