The story of Grahan is based on the 1984 Sikh Riots which took place after then Prime Minister Indira Gandhi was assassinated by her sikh bodyguards.

This web series is also inspired from the Hindi book ‘Chaurasi’ by Satya Vyas. And we cannot define this series in any specific word. This will entertain you with emotions, drama, amazing acting skills, sensitive direction of the plot and many more.

Grahan kept us engaged throughout because it’s not only about a story but two different but interlinked stories run parallel to each other.

The two stories of 2016 and 1984 respectively. While one story takes you along with Zoya Hussain who plays IPS officer Amrita Singh. She is on duty to investigate the old cases and the people behind the 1984 riots. And on the other hand, another story will introduce you to Wamiqa Gabbi and Anshuman Pushkar as Manjeet Chhabra and Rishi Ranjan who are in love with each other.

But to know how the riots affected their lives and how they are connected with Amrita Singh’s investigation is something you need to watch the series on your own, or else the fun will be ruined.

Grahan is set up in Jharkhand, where the elections are on head. And as the investigation of Amrita gears up, this will lead you to know and experience in detail about what happened during 1984 and its effects.

Also, we cannot resist talking about the actors’ amazing performances. Everyone has done a commendable job, but we couldn’t keep our eyes off from Wamiqa Gabbi. Be it her expressions, dialogue delivery or screen presence during any scene, she impressed us like always.

Without revealing much about this emotional drama, the conclusion of this 8 episode long web series is simply that it is undoubtedly a must watch.

If you’ve ever wondered about what happened in 1984, this series might simply help you a lot. 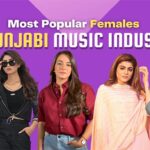 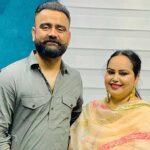