Sufna is one of the most beautiful movies of Punajbi Cinema. If you have watched it, you know there are various reasons that make Sufna a must watch.

But here we will tell you the story behind the song Jannat from Sufna. The beautiful song we listen to is recorded in the voice of B Praak. But before him, there were various artists who recorded this song. Ammy Virk who was the lead actor in the movie also recorded the song, B Praak recorded it and Gurnazar also recorded the same.

But later it was decided that B Praak’s voice and recording will be used as the final vocal for the song.

The song is picturized on Tania and Ammy Virk beautifully. If you watch the video of the song you will realize the song is a complete bliss for your eyes and ears too.

Sufna released in 2020, and was a superhit. Talking about it’s playlist, it’s something which will play on your speakers or earphones on repeat.

If you haven’t watched this movie yet, we must say you are already missing a lot. 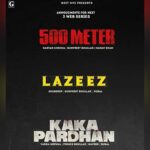 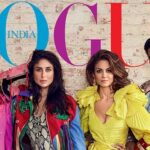