It has been months since the news of renowned political strategist Prashant Kishor soon joining the Congress party has been flashing and trending across the media. But, even after four consecutive between PK and Congress high command meetings at 10 Janpath, nothing is officially announced yet.

As per the Congress sources, there are some senior Congress leaders who are still not sure if PK would be a loyal choice as he has been working with several other politicians and parties for the last few years. Though most of the political parties with whom PK has worked or is working since after 2014, are the political opponents of the BJP, but in some cases, those political parties are even the opponents of the Congress party at state level. Like YSR Congress party and CM Jagan in Andhra Pradesh, Mamata Banerjee in West Bengal and TRS chief K Chandrashekhar Rao in Telangana with whom PK’s former organization I-PAC is currently working.

Though, on-paper, PK is now no-more associated in any with his old organization I-PAC in any way, but as per the sources, he still plays a vital role in its major decisions behind the curtains.

Now PK’s recent visit to Telangana where he has met the TRS chief K Chandrashekhar Rao (Chief Minister of Telangana) has risen up the political temperature at 10 Janpath. As per the sources, the Congress wants PK to not to work with any other political party if he joins the INC, but his recent Telangana visit has irked the Congress high command. While the I-PAC sources claim that PK is no more associated with the organisation, the Congress high command has still asked Prashant Kishor to clear his stand on his Telangana visit and meeting with TRS chief K Chandrashekhar Rao.

The Congress party is going to organise its ‘chintan shivir’ in Rajasthan next month where more than 400 leaders and workers will be coming from across the country. This ‘chintan shivir’ will start from May 13. Though, PK has already said that he will do an announcement about his next step on May 2, so all eyes are not set on his political activities, and the Congress high command wants to make sure that he remains loyal to the grand old party after he officially joins it. As per the sources, one more meeting between PK and Congress high command would be held anytime soon, focused specifically on his visit to Telangana and political relations with TRS chief K Chandrashekhar Rao (the current CM of Telangana). 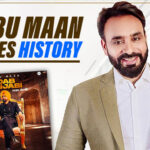 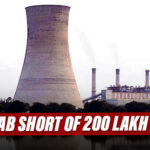