Bhool Bhulaiyaa 2 was on people’s heads since the time it was announced in 2020. Since then the audience was excited to watch the sequel of one of the most loved bollywood films. Earlier, it was scheduled for its release in March 2022, but was postponed for 2 months and now is all set to hit the theaters on 20 May 2022. The team has freshly released the teaser of the 2nd franchise of the film.

The teaser of Bhool Bhulaiyaa 2 has been dropped for the audience on the official Youtube channel of T Series. This much awaited update on the movie was a must by this time and the teaser has already raised the curiosity levels among the public. It starts with the main element of the first film, the haunted segment and the historical door similar to that of in the initial movie.

The first appearance that made the audience elevated was of Kartik Aaryan’s in a quite identical avatar which Akshay Kumar donned in Bhool Bhulaiyaa. He opted for the Black version of the continual outfit. And then comes the favorite character of everyone, Chota Pandit. Yes, Rajpal Yadav is seen playing the same character as that of Bhool Bhulaiya and in the exact same persona.

Akshay Kumar is being massively missed by the audience in the teaser. Anees Bazmee directorial, Bhool Bhulaiyya 2 also has Kiara Advani and Tabu in the pivotal roles which are not yet revealed in the teaser released.

‘Ami Je Tomar’ and the tunes of the titular song of the movie ‘Bhool Bhulaiyaa’ can also be heard in the 54 seconds teaser, which again would be one of the main factors to watch this film. These little elements have given us a hope to see the sequel of Bhool Bhulaiyya as a successful and entertaining one. But, the audience is what decides if a film will be a blockbuster or not. The film is set to release on 20 May, and the fans are awaiting the same. 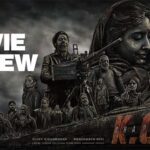 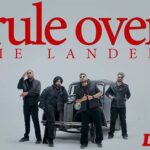