One of the most successful Indian YouTubers, Bhuvan Bam, has recently landed himself into trouble. The Youtuber who always entertains his fans with incredible videos has released a video ‘Automatic Gaadi’ in which he hurt the feelings of ‘pahadi women’ on social media.

In the video, it has been said that he was talking about a s*x worker. “Kitna deti hai? Acha, ye kuch naya hai, ghante ke hisab se deti hai”, a character played by Bam himself, says.

Soon after the video came into the light, netizens expressed their displeasure on how the comedian disrespected and objectified pahadi women in the video.

Immediately, after the National Commission For Women (NCW) asked Delhi police to file an FIR against Bhuvan, the Youtuber took to his Twitter and apologized. He said that he had no motive for hurting anyone and now that part of the video had been edited. Further, issuing a public apology, he wrote, “I’m aware that a section in my video has hurt some people. I have edited it to remove that part. People who know me know I have the utmost respect for women. I had no intention to hurt anyone. A heartfelt apology to everyone whose sentiments have been disregarded. @NCWIndia”, he wrote.

Meanwhile, the comedian and YouTuber Bhuvan Bam is best known for his extremely popular BB Ki Vines videos. Not only this, but he is also a singer and even appeared in the short film Plus Minus alongside Divya Dutta. 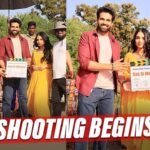 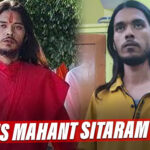