Punjab Chief Minister Bhagwant Mann, in order to strengthen the economy of the state, has implemented the ‘One MLA One Pension’ act. In a tweet, CM Mann stated, “I am extremely grateful to inform the people of Punjab that the Hon’ble Governor has approved the “One MLA – One Pension” bill in Punjab. The government has issued the notification. This will save a lot of tax for the public.”

With this, the former MLAs will receive a pension of ₹60,000 per month, plus Dearness Allowance (DA), regardless of the number of terms they served as the members of the Punjab Vidhan Sabha. However, a former MLA will be entitled to an increase of 5%, 10%, and 15% of the basic pension, which is admissible to him/her when he/she turns 65, 75, and 80, respectively.

Following the Punjab governor’s approval of the “One MLA One Pension’ bill in this respect, the Punjab government has issued a notification granting pension to former MLAs only for one term. Recently, the Punjab State Legislature Members Pension and Medical Facilities Regulation Amendment Bill, 2022 was approved by the Punjab Assembly on June 30, expecting to save ₹19.53 crore annually.

The opposition parties including the Congress and Shiromani Akali Dal, had supported the step in the Punjab Assembly, however, they added that the MLAs and former MLAs must be treated respectfully. Now, the implementation of the ‘One MLA One Pension’ act in Punjab, is seen as one more historic decision of the Bhagwant Mann government.

This was amongst the major issues raised by the Aam Aadmi Party during the assembly elections held in February this year. Moreover, this step, as speculated, would give a big boost to the economy and state treasury, saving a big amount of public money spent on the pensions of the former MLAs till now. 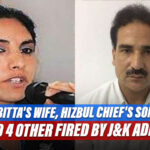 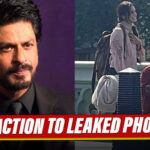