Since the AAP entered into the municipal elections in Gujarat, the party has been active in Gujarat as well as Himachal Pradesh as the assembly elections are to be held in November-December this year. With this, the AAP today has given a major jolt to the Congress party. The son of Congress leader Sanjay Rajyaguru and former MLA Indranil Rajyaguru has left the Congress party and joined the Aam Aadmi Party before the assembly elections, giving a major boost to the Aam Aadmi Party in the Rajkot region.

Indranil Rajyaguru, the son of Congress leader Sanjay Rajyaguru, is a real-estate developer with interests in the hospitality business, and owner of various private educational institutes. Despite being only a one-time MLA (in 2012), has much on account of his political hold as his wealth, and he would patronize Congress events in the Rajkot region.

It’s the failure of the Congress leadership to check on him and address his grievances despite his frequent tussle with successive presidents of the Rajkot unit of Congress. The rivalries were at their worst when Kunvarji Bavaliya held the post around six years ago. He is the former Congress MP from Rajkot Lok Sabha seat and was considered among the party’s tallest OBC leaders back then. Though the former MP Bavaliya had joined the BJP in 2018, giving a major jolt to the Congress party. 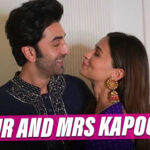 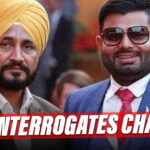