It looks like Salman Khan, the popular host of Bigg Boss is not very satisfied with the performance of contestants this season. And not to forget that his disappointment here is actually expected because this season has received the lowest TRP in the history of Bigg Boss. Also the show feels slow and boring where the audience has not yet figured out the bonds inside the BB House.

Salman Khan scolded contestants and asked them to pack their bags and leave, because not only they are not actively participating in the tasks given, but also are not entertaining enough. Other than Salman Khan, the seniors, Sidharth Shukla, Hina Khan and Gauhar Khan also aren’t happy with juniors’ performance.

Talking about different social media platforms including Instagram, Facebook and Twitter, only the bond of Rubina-Abhinav, irritating activities by Nikki Tamboli and the cuteness of Jasmin Bhasin are spreading like fire. And others are not even giving the audience any chance to explore any side of their personality trait.

And currently, one can experience the rumors that the first eviction from the BB House has been made already. It’s been said that the decision was in the hands of the seniors, where they chose Sara Gurpal as she lacks the spark to be a part of the show.

This news has disappointed the audience and her fans a lot. People are tweeting in favor of her and asking the makers to be fair, and leave the power of elimination in the hands of the audience only.

No doubt, every season of Bigg Boss has been controversial, but this season seems to be the most unexpected one. 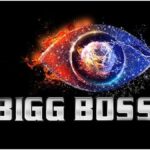 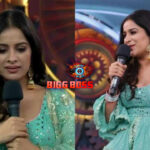